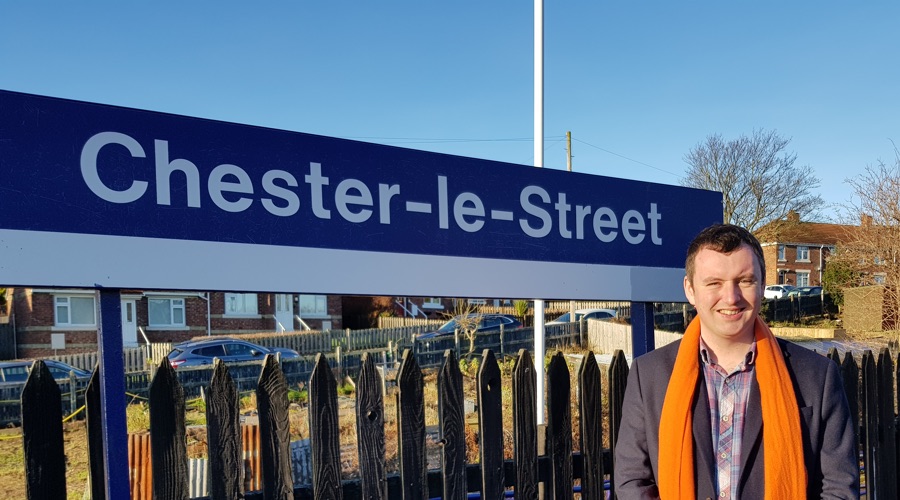 From 19th May Chester-le-Street Railway station will have an extra weekday service to Newcastle. The 2.15pm to Newcastle will operate all throughout the week rather than just Saturdays. Lib Dem County Councillor Craig Martin has been campaigning for improved rail services and welcomes the change.

"After threats of cutting services, I'm overjoyed that they've rolled back and given us a bit more. Efforts from myself and other campaigners have paid off. Improving transport links to and from the town can only help commuters and the local economy," said Lib Dem Cllr Craig Martin.

"But Chester-le-Street deserves more than just an extra service. There continue to be issues with reliability and we've lost two weekend Southbound services. Everyone needs to continue to fight hard to keep the pressure up."

"We need some serious infrastructure spending on our town to improve the local economy. The Government and Council continue to care more about transport in our major cities. This isn't fair and they cannot be allowed to forget about Chester-le-Street."

Lib Dem County Councillor Craig Martin has repeatedly brought up the need for better rail services at County Hall. Fears were originally raised when CrossCountry began consulting on ending their only service to Chester-le-Street last year. Thankfully this hasn't happened.

The 14.15 service will run all week round to Newcastle, while on Sundays there are extra morning trains at 00.24 and 08.29. Chester-le-Street Railway Station loses Southbound weekend services, the Saturday 22.07 and Sunday 10.27.

The updated rail service timetable is available at: https://www.northernrailway.co.uk/travel/timetables

Find us on Social Media